Nannies and a single payment recommended by childcare report 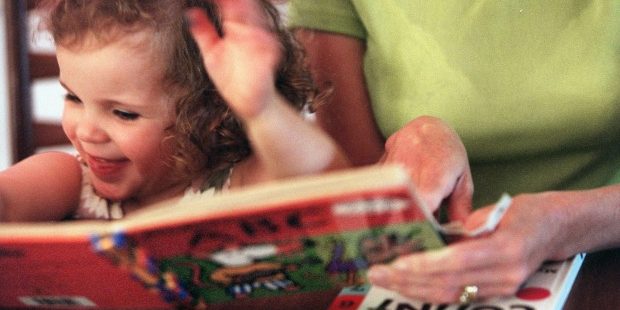 The Abbott government should extend federal funding to nannies and prioritise childcare support to lower and middle income families with a single, means-tested payment, a major review has found.

But Social Services Minister Scott Morrison has cautioned that while the government is considering the nannies move, it needs to be mindful of what this would mean for staff levels in existing services.

The Productivity Commission’s long awaited final report on childcare and early childhood learning will be tabled in Parliament on Friday as the Coalition prepares its new childcare policy.
Advertisement

The 1000-page report says that the current system, which features multiple childcare payments, should be combined into a single subsidy. The subsidy rate would cover between 85 per cent of costs for families with incomes at or below $60,000 and 20 per cent for families earning $250,000 or above.

Under the current system, parents can qualify for a means-tested benefit and, or a non-means tested rebate.

The new payment would provide up to 100 hours of care per fortnight for children 13 years and under who have parents that work or study at least 24 hours a fortnight, using a “benchmark price” based on the median fees charged for a type of childcare service and the age of the child.

Families would be exempt from the work hours requirement if they are receiving an income support payment, the primary carer is a grandparent or a child is assessed to be “at risk” of neglect or harm.

In a finding that was floated in its draft report, released in July 2014, the commission has recommended that families should be able to use federal funding to pay for nannies. The nannies would need to be approved and have relevant qualifications.

The government is yet to respond formally to the report, but Social Services Minister Scott Morrison told Fairfax Media that the Coalition was “considering” the nannies idea.

“I think the recommendation reflects an observation that there needs to be a greater array of services offering to deal with a much more diverse range of needs,” he said.

But he cautioned that there were issues associated with the nanny move, including losing staff from long day care centres.

“If everyone goes off and becomes a nanny, there will be no one working in childcare centres.”

The final report contains multiple recommendations for streamlining the childcare quality standards that govern issues such as teacher qualifications and staff to children ratios. This includes speeding up the assessment process that rates childcare centres.

It recommends that educators working with children under three must hold or be be working towards a certificate III in early childhood education and be under the supervision of someone who is diploma qualified. This is change from the draft report, which did not include the supervision element â€“ and caused significant concern in the sector and from parents about the watering down of qualifications.

The Commission said that there would only be a “small” boost to workforce participation under its recommendations â€“ noting that childcare was just one factor that influenced parents’ decisions around work. It estimates that if the government adopted its approach, about 16,400 more mothers would start work.

Mr Morrison, who has made getting women back into work one of his key priorities, said that if the government wanted to do more than what the Commission recommended, then “obviously that requires offsets and savings”.

He again called for a bipartisan response to childcare policy, pointing to the National Disability Insurance Scheme, which enjoys political consensus on the levy that underpins it.

The Coalition ordered the childcare review as part of its election commitments in late 2013. The final report was sent to the government on October 31, provoking repeated calls from the sector for it to be made public.

When asked how much work the government had to do on its new families policy, on top of the report, Mr Morrison said. “It is a significant input to our process.”

The commission’s other recommendations include:

Allowing au pairs to work for a family for up to 12 months instead of the current six months
Funding for childcare providers in rural and regional areas if demand temporarily drops and a centre becomes financially nonviable
Government bodies, such as the Human Rights Commission, trying new approaches to increase awareness about people’s legal rights to flexible work
Removing the caps on the number of occasional childcare places
Abolishing requirements that occasional childcare centres are open for a set number of hours to receive subsidies
A 100 per cent childcare subsidy for children who are deemed to be “at risk”
The federal government continuing to fund 15 hours a week of preschool
School principals taking responsibility to ensure that there is before and after school care services for their students