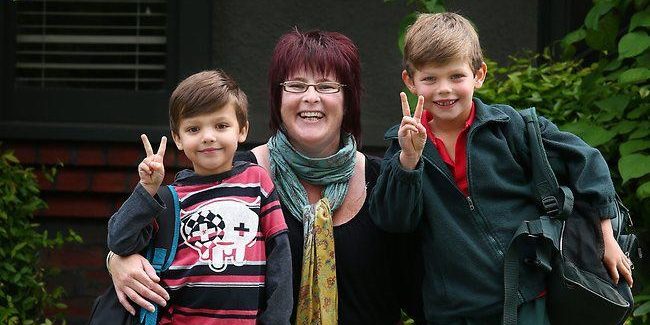 THE newly incorporated Australian Nanny Association will meet Childcare Minister Kate Ellis’s advisers next month to push its case for taxpayer subsidies and warn the government that the family daycare model will not solve the nation’s childcare woes.
The news comes after Ms Ellis this week said expanding family daycare would solve the flexibility problems raised by parents.
ANA co-president Tracey McDermott told The Weekend Australian expecting the stretched home-based system to solve the problem was not the answer.
“There needs to be a co-ordinated team approach from the government and all areas of the childcare sector to provide families with the care they need,” she said.
“I’m sure people would agree that taking a child out of bed at 10pm to drop them off at a family daycare home to spend the night before going to work at 11pm would not be ideal for any shiftworker or child.”
The battle over childcare intensified yesterday with Ms Ellis accusing the Coalition of trying to build “baby farms” and reduce the quality of childcare for kids in the early years of their development, declaring she was “disgusted” by Tony Abbott’s plan to reconsider parts of Labor’s national reforms.
The Australian exclusively reported that, if elected, an incoming Coalition government would meet state and territory childcare ministers, as well as representatives of the sector, to reduce the red tape “driving up the cost of care”.
“Is the Coalition’s vision for Australian childcare really to have children packed into rooms with less staff, low-qualified workers, longer hours, cheaper, with dirtier conditions?” Ms Ellis asked. “Many parents may actually see this more resembling baby farms than critical early childhood services.”
The Coalition will convene an emergency meeting of childcare ministers to plan a delay of elements of Labor reforms.
Peak children’s body Early Childhood Australia expressed concern about Coalition spokeswoman Sussan Ley’s position.
“We need to see bipartisan support for improving the quality of early childhood education and care for the sake of the 1.5 million Australian children in these services,” chief executive Samantha Page said yesterday. She said it was “certainly true” there were some challenges in the transition to enhanced quality standards but these were not “insurmountable”.
Three representatives of the ANA, including Ms McDermott, will meet with Ms Ellis’s advisers next month to discuss these issues.
They are also due to meet with the family daycare sector next month to discuss the issue of flexible care and how they can work together towards a solution for Australian families.
“The government needs to get past the misconception that nannies are only for the rich, because that is not the case, and include them in Australia’s childcare options for families,” Ms McDermott said. “New Zealand’s government-funded childcare options include nannies; there is no reason why Australia cannot do the same.”
She said families who did not fit into the current model were disadvantaged by the fact that they could not use or get access to the only funded options available.
Extending the Child Care Rebate to nannies would give families better access to more flexible options and relieve the pressures that came with not fitting into the current funded model, she said.
Category: Nanny NewsBy ana_adminJuly 21, 2013
Tags: Australian Nanny AssociationAustralian Nanny ConferencechildcarechildrenDepartment of Social ServicesNanniesNannyNanny Pilot Programmenanny subsidy trial
Share this post
Share on FacebookShare on Facebook TweetShare on Twitter Pin itShare on Pinterest Share on LinkedInShare on LinkedIn