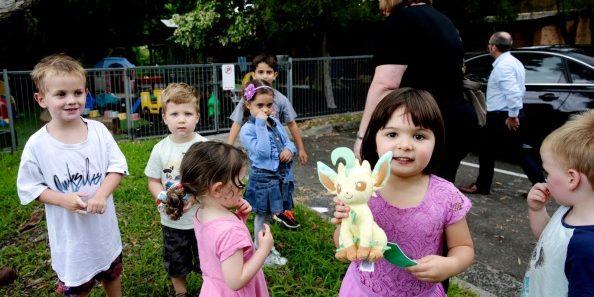 The government says that it wants more women at the top levels of corporate Australia. But the Productivity Commission’s review of the childcare system misses the point when it comes to professional women.

The PC pushes a socialist view that a tax break for a salary paid to a nanny will only benefit higher income earners. But this is at odds with the government’s aim of keeping more women in the workforce to create the pool of talent from which to draw the next generation of female chief executives and board members.

The review recognises that nannies are a legitimate part of providing childcare. But it is wedded to the notion that tax deductibility is a handout â€“ and makes unsubstantiated claims about both the cost to the taxpayer and the value that highly trained and paid female executives supported by nannies might contribute to the economy.

The report acknowledges that section 8-1 of the Australian Income Tax legislation should allow a wage paid to a nanny to be tax deductible, but relies on outdated case law to support the position that it should remain a non-deductible expense.

In 2015 you can hardly hold the 19th century line that a nanny’s wage is a “private or domestic expensive”, or is not “incurred ‘in’ the course of earning assessable income”.

The cases cited by the commission to justify their finding date from the days when most women didn’t work, office hours were nine to five and you used a “pencil” in the course of your employment. These cases predate the rollerball typewriter, fax machines, email and the desktop computer.

I can claim a tax deduction for the fees charged by a typist who lives in the US, types the digital tape and doesn’t pay tax in Australia because her salary is incurred ‘in’ the course of earning my income. But the nanny I employ and whose wage upon which I pay Australian tax remains a non-deductible expense of a “private or domestic nature” or not incurred ‘in’ the “course of my earning taxable income.

The government does not need to subsidise a nannies’ wage. The person paying that wage is a hard working taxpayer, using most of what is left after tax to employ another person, allowing them to go to work. Why can’t that employer simply deduct the nanny’s salary from their income like all other business expenses rather than rely on government handouts? We don’t subsidise a secretary; business doesn’t go to Centrelink to get a hand out for the receptionist. Why is the employment of a nanny any different? It is just employment.

What planet are they on?

It’s time to go back to the courts and look at the legislation with 2015 eyes.

The commission goes on to find that “as high-income mothers are more likely to be working already, ‘additionality’ is low. That is, the additional work effort induced will be small for the people who are paying the higher tax rates because they already work more hours.”

There is no intrinsic evidence that highly trained female doctors, engineers, vets, dentists, and lawyers are “more likely to already be retained in the workforce” between the ages of 35 and 40 â€“so the government doesn’t need to cater for them, because they will not add significantly to Australia’s productivity. That assertion is a non sequitur and disenfranchises the very group of women the government must retain in the workforce.

One has to wonder what planet the commission is on? The commission acknowledges that “mothers working more is likely to benefit to the Australian government in fiscal terms” (by increasing tax revenues and reducing welfare payments), but goes on to find that it is “extremely unlikely” that allowing a nanny’s wage to be tax deductible would ‘pay for itself’.

In arriving at this conclusion the commission completely ignored the extensive body of evidence before the Australian Senate in 2006 that resulted in the Senate Family and Human Services Committee recommending to Parliament that childcare expenses be tax deductible in the hands of the parent who paid the expenses. Their entire “Balancing Work and Family” report didn’t even rate a mention by the commission. Clearly the modelling and evidence put before the Senate did not suit the commission’s agenda.

The Australian Nanny Association estimates there are up to 80,000 nannies working cash in hand and Treasury statistics indicate that for every dollar in the cash economy there is a dollar of social security fraud. The wages of a professional nanny when you include the superannuation levy are between $77,935 and $92,345 a year. That wage is comparable with most middle ranking female executives after tax, and on par with the wages of senior executive assistants. But the commission doesn’t count the employment of a nanny as contributing to Australia’s productivity and blithely assumes that the proposed $6.94 per hour rebate for approved nannies will be enough to clean up the system. The commission’s approach is hardly going to encourage taxpayer compliance. Going through the rigmarole of employing an “approved nanny” and the red tape and added bureaucracy that will be imposed to claim the subsidy is not the stuff of free enterprise.

What is wrong with recognising the nanny’s salary paid by the hard-working tax-paying employee as a legitimate business expense “incurred” by that employee in earning their taxable income?

Louise McBride is a barrister specialising in taxation who has contributed extensively to the childcare debate over the past 27 years.