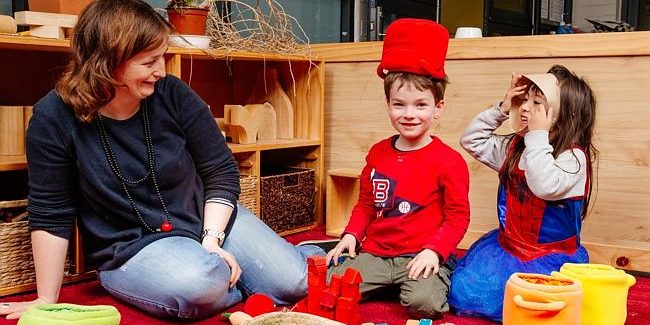 Unqualified nannies with no experi­ence will be able to pocket up to $2000 a week in taxpayer subsidies to care for seven children at a time, under the federal government’s $246 million nanny trial.

Department of Social Services draft guidelines reveal that families will be able to hire unqualified friends and neighbours as taxpayer­-subsidised nannies.

The maximum subsidy of $5.95 per child per hour will be paid for up to 50 hours a week, depending on the parents work hours and income, to a maximum of $2082 per week.

Both parents need to work or study for just eight hours a fortnight, including travel time, to qualify for a taxpayer-subsid­ised nanny.

The draft guidelines ban families from hiring relatives as nannies, but do not rule out friends or neighbours.

Nannies must be hired through an agency, although they will not need formal qualifications or experience in childcare.

Each nanny can care for up to four children under school age and seven in total.

Parents chosen for the two-year trial can ask an agency to hire their existing nanny meaning friends, neighbours or girlfriends and boyfriends who do not live in the home could be employed through the scheme.

Agencies must give each family a choice of at least three nannies. The service provider will also need to consider nannies who are in a current arrangement with a family, the guidelines state.

Nannies will not be expected to undertake cleaning, shopping or other household duties for the family unless they are directly related to the care of the child/ren.

Childcare and nanny groups warned yesterday that children could be at risk as a result of the lax recruitment guidelines, which will be reviewed after public consultation.

We believe that young children will be put at risk by the lack of requirement for nannies to have any qualification, it states in a submission to the department.

Such unqualified education and care should not be subsidised by the government.

The Australian Nanny Association told the department yesterday that agencies would have to cut corners unless the government paid them more to administer the scheme.

Nanny agencies will be paid 5 per cent of the subsidy to cover the costs of invoicing families, paying nannies, distributing the subsidies and providing a 24-hour emergency hotline.

With the costs specified in the draft guidelines, untrained and inexperienced nannies would likely be providing care for between four and seven children, its submission states.

With minimal experience and many young nannies without qualifications, we see a high risk around having the ratio of one nanny for up to seven children.

The department will require that nannies are at least 18 and hold a first-aid certificate and a Working with Children check. But the nanny association insists nannies must also have training in CPR, asthma and anaphylaxis.

Nannies trained to recognise depression
November 30, 2015
About Us
Latest News
FROM OUR GALLERY