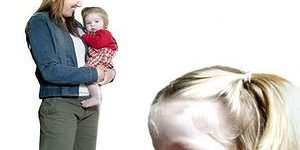 Perth parents are turning to nannies in droves as a flexible alternative to child care centres.

Director of Perth Nanny Care Agency Leila Redmond said demand for nannies had doubled in the past year.

She said she had to drastically increase her staff numbers to meet the growing need.

Ms Redmond said there was a combination of reasons for why nannies had become so popular with most parents saying they were finding that child care centres were not flexible enough.

“More women are returning to work after having babies and more people are choosing nannies to suit their hours.”

She said the increase in the amount of people turning to nannies had been obvious in the past five years.

She said most child care centres operated from about 7am to 6.30pm.

“Once upon a time this was normal working hours, with shift and FIFO (fly-in, fly-out) workers that can be limiting,” Ms Tucker said.

Ms Tucker said the system was limited due to the award that staff fell under.

“The cost of staff to open on the weekend is quite astounding but we are working on that.”

She said the association was involved in ongoing roundtable meetings with Prime Minister Julia Gillard on the matter.

In home care is where an approved carer provides care in the child’s home.

The Federal Government recently increased the number of in-home care places across Australia.

An additional 790 in-home care positions were created which parents can claim the Child Care Rebate for.

Federal Minister for Early Childhood and Child Care Kate Ellis yesterday said the increase was in recognition that centre-based care was not the answer for every family.

“From today, more Australian families who struggle to access care they need will be supported to have their child cared for in their home,” she said.

While some nanny agencies catered for FIFO families and shift workers, others may still struggle to find a suitable child care option.

Ms Redmond said her agency had to turn away many of these families because it was more difficult to coordinate nannies for these roles.

“It’s hard to find nannies for shift workers when they only need a nanny part time,” she said.

“They would need to pay them on their weeks off as well.”

Poll:Â Should people who employ a nanny instead of a child care centre receive a government rebate?