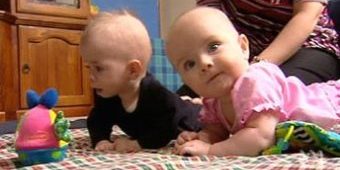 Nannies are no longer for the rich and famous. Most work now for average Australian families, many of whom do shift work and donâ€™t fit into the regular childcare system. Melbourne nanny Tracey McDermott said Australia was a â€œ24hr-a-day, seven day a week societyâ€ and everyone would benefit from subsidies for nannies as an alternative to childcare centres.
â€œIf we expect to live that way, we need to support people to work that way,â€ she
said. â€œMany years ago families with a nanny were the domain of wealthier people. As our work life has changed, you find average Australians need the services of a nanny.There are benefits for everyone by bringing nannies into line with childcare centres.
The argument that family day care fills these needs is wrong. Children shouldnâ€™t be pulled out of their beds at 10 oâ€™clock at night to go and sleep at someone elseâ€™s house so their parent can work night shift.â€ There was a massive workforce of nannies who worked outside of standard hours she said.
Under recommendations by the Productivity Commission inquiry into childcare and
early childhood learning, the government would allow nannies who met certain requirements such as a minimum qualification of certificate III in childcare or
equivalent, to receive government assistance. It suggests nannies should be subject to random and targeted assessments for compliance by authorities.
Ms McDermott, 41, has been a nanny for 12 years and started her career in long daycare. She currently looks after eight-month old triplets overnight to give the babiesâ€™ mother a break and allow the father, who works, rest.
Ms McDermott said there needed to be requirements and guidelines for families
with nannies to qualify for government assistance and tax breaks. â€œNannies should be registered and preferably have a qualification, but that requirement will need to be
phased in.â€ she said. â€œThey should have first aid certificates, police checks and
families should ensure the nanny sticks to a childcare role. Professional nannies are
not going to go and clean peopleâ€™s houses.â€
The Australian Bureau of statistics 2011 Census showed there were 6500 working
nannies in Australia but the Australian Nanny Association estimated there are up to 30,000 working nannies.
The associationâ€™s vice-president, Annemarie Sansom, said the organisation had a
minimum set of requirements for its members. â€œI definitely think there needs to be a national working-with-children check, not a state-by-state approach.â€ She said. â€œI also think there needs to be cooperation between state and federal governments in regards to the overseeing of the implementation of any scheme, if it is going to
happen. There would also need to be support in relation to co-ordinating that, so that nannies are getting support and that we are able to have high-quality care at home. Itâ€™s not going to be dodgy babysitter practices.â€ If the government adopted a scheme and offered assistance to families using nannies it needed to be â€œprofessional, supported, educational care in the homeâ€, Ms Sansom said.
â€œNannies are not in direct competition or want to take children away from early childhood education centres. Providing assistance to families with nannies is not going to see thousands drop out of centres. The two should work complementary to each other.â€ Read full article
Category: Nanny NewsBy ana_adminJuly 15, 2014
Tags: Australian Nanny AssociationAustralian Nanny ConferencechildcarechildrenDepartment of Social ServicesNanniesNanny ConventionNanny Pilot Programmenanny subsidy trialVice President
Share this post
Share on FacebookShare on Facebook TweetShare on Twitter Pin itShare on Pinterest Share on LinkedInShare on LinkedIn